Due to the increased cases of COVID-19 and the rapid spread of the Delta variant…
Masks are strongly recommended in The Library regardless of vaccination status. Find a COVID-19 Vaccine provider >

If you are unable to wear a mask, we offer curbside services. Check locations for availability. 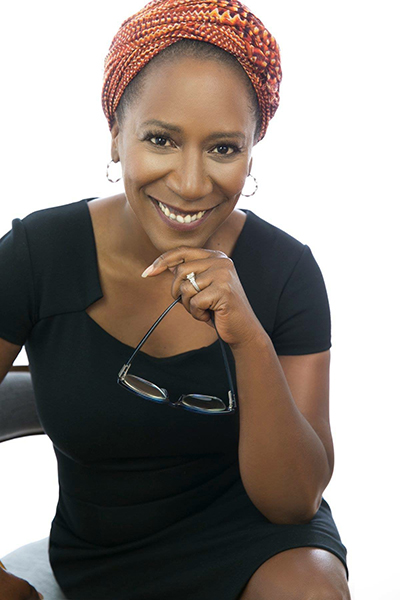 Most students Christy Coleman talks to have heard of George Washington’s wooden teeth.

But back up a minute, she tells them. Those false teeth were ivory – and made from the human teeth of slaves.

“Why do you think we were never told that?” she asks. “Is it an ongoing devaluation of Black life? Or the reality that this was a society that to those who were enslaved, every piece of you belonged to them for their use?”

As the featured presenter for The Library’s 2021 Hari Jones: Hidden Histories Program Series on February 17, Christy S. Coleman will share the untold stories that broaden the context of American history. The renowned historian and executive director of the Jamestown-Yorktown Foundation will address “The Importance of Narrative Correction,” asking who has authored our nation’s past and who is missing from the narrative.

The Hari Jones Hidden Histories Program Series honors the late, visionary historian Harold “Hari” Jones, whose groundbreaking work leveraged source material to illuminate African Americans' role in the U.S. Civil War. His ties to Harrisburg included serving on the board of the National Civil War Museum. After his sudden death in 2018, Dauphin County Commissioners asked The Library to devise a suitable memorial. 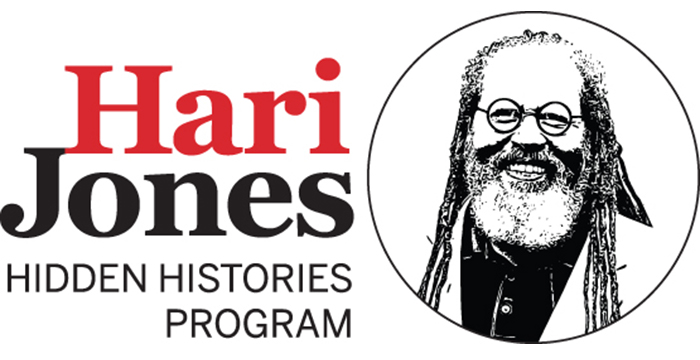 The Library responded with a meaningful living memorial that enriches the collection and provokes thoughtful dialogue. The multidimensional program encompasses the Hidden Histories book collection, lectures on inclusive history by prominent historians, a partnership with the Harrisburg Genealogy Workshop, and an endowment supporting the effort.

Coleman, 2021’s speaker, knew Jones. His passion was so evident that she jokingly called him “Minister Hari.”

“There were few that had the level of passion that Hari had, and in that way, it is an honor to be part of this program, to be able to speak in that space,” she says.

In a 30-year career devoted to public history, Coleman has held leadership roles at the Colonial Williamsburg Foundation, the Charles H. Wright Museum of African American History, and the American Civil War Museum. She is recognized as a tireless advocate for the power of museums, narrative correction, diversity, and inclusiveness. The writer and speaker also serves as historical consultant for films and miniseries, including Harriet and The Good Lord Bird, a miniseries based on the award-winning novel of the same name.

Coleman says American history has been “sanitized” to discard the voices of “anyone who was not rich, white, and male.” Incorporating the full chorus of voices tells “the story of us. All of us have to be part of it, so we begin to understand.”

With a kaleidoscopic picture of history, she adds, “we are far more whole when we really understand these layers, because that understanding helps us understand how to navigate our contemporary world.”

The Library is excited to host Coleman’s virtual presentation because the Hidden Histories Program Series supports its strategic goal to build a connected, inclusive community.

“The program series focuses on uncovering histories through primary sources that have been overlooked by our historical narrative in the past and fostering community dialogue and discussion and discernment on these topics,” says Adult Programming and Outreach Coordinator Ashley Famularo. “That is one of the many skills for which Christy Coleman is known.”

The Hari Jones: Hidden Histories Program Series also dovetails with The Library’s new exploration of the works and impact of T. Morris Chester, the pioneering Black Civil War correspondent and military recruiter from Harrisburg. The Haldeman Haly house's planned renovation – connected to the McCormick Riverfront Library – calls for naming the new welcome center after Chester. The renovation will allow The Library to expand programming and community space.

The Library became intrigued by Chester’s story when approached by organizers of the Commonwealth Monument Project, an installation on the state Capitol grounds honoring Chester and others who contributed to the Black enfranchisement and women’s suffrage movements in Harrisburg’s Old 8th Ward. The Old 8th was a vibrant and diverse neighborhood demolished in the early 20th century to expand the Capitol grounds.

Once again, creating a living memorial instead of simply a plaque, The Library is collaborating with the monument’s developers on possible future initiatives, such as artifact displays or reciprocal borrowing of source materials. It’s The Library doing its part to uncover those “hidden histories,” says Executive Director Karen Cullings.

“Sometimes you don’t hear these voices any other way,” Cullings says. “We want to have a more representative, inclusive understanding of the community’s history. This Library is in the heart of Harrisburg, and we’d love to be a focal point of that discussion.”

“After it was over, people came up and talked to Scott Hancock to continue the dialogue,” Famularo says. “It definitely proved that The Library is a good space to have these conversations.”

Coleman plans to address the causes of Civil War and the roles of varied groups, as well as “how the narrative shifted so dramatically.”

Some people invest emotionally in the myths of history and consider narrative correction “an attack on the self and their self in the larger societal structure,” she says. “This is where the divergence happens between history and heritage making. Heritage is established to unite a community. When you disrupt it, that is jarring. It is unsettling.”

Candid dialogue about shared history builds a foundation for striving forward and healing the nation’s ills.

“I am a person who profoundly loves my country,” says Coleman. “I want it to be well. We can debate all day about how you cure an illness, but if we are on the same page, at least, in understanding the sickness, we are much better off.”