See the traveling exhibit at these locations:

Tell us about other materials that you think we should add to this collection. 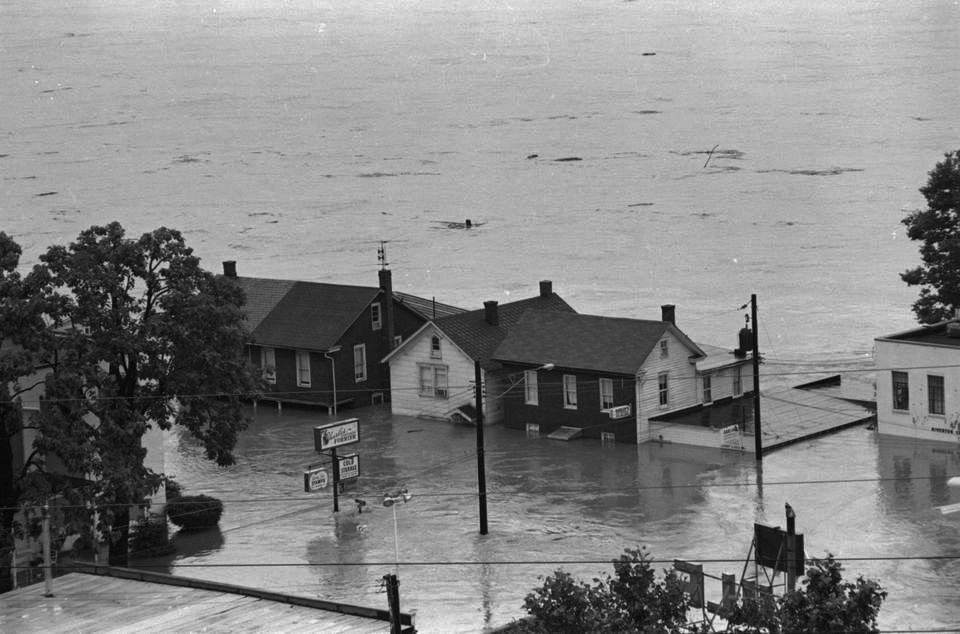 For years, I have listened to nostalgic stories about Lykens Valley and the entertainment/industry that used to abound.  For example, in Lykens there was a movie theatre, bowling alley, two swimming pools and a multitude of shops and restaurants, it was a thriving destination location.  Anything you wanted or needed you could pretty much find without having to leave the valley; that was until Hurricane Agnes descended in June of 1972.  Several of the small towns within the Lykens Valley became wastelands of destruction almost overnight.  Gone were most all of Lykens small businesses and entertainment venues, because of its unique location within the floodplain.

Farther down the valley, near the Susquehanna River, Millersburg also suffered major destruction with the collapse of the Millersburg Bridge on state route 147 that spanned the Wiconisco Creek.  The dance pavilion that sat on the on edge of the Susquehanna was also washed away due to rising river waters.

I was offered the opportunity to collaborate on a project that commemorates, fifty years later, the destruction wrought by Hurricane Agnes.

The project consists of researched photographs that were taken either during and directly after Hurricane Agnes and photographs of the same locations, fifty years later.  Each set of photographs highlight: what has survived, what was rebuilt and what has been lost to history.

This project has given me an appreciation for what has survived within the Lykens Valley, but left me envious of the fun and adventures that were to be had pre-Hurricane Agnes.