Open Auditions continue for the Pennsylvania Past Players

Starting on Thursday, June 16 at 4:00 p.m., the Commonwealth Monument Project and The Library will present an Open Audition Series as part of the Pennsylvania Past Players Living History Workshops at the Madeline L. Olewine Memorial Library, 2410 North Third Street in Harrisburg.

First and third person interpreters, character actors, performance artists, storytellers, costumed docents and guides, improvisations and monologists are all invited to audition to join this elite group of Central PA Heritage stewards, the Pennsylvania Past Players. No registration is necessary but interested future Pennsylvania Past Players should make sure to sign in starting at 4:00. For more information call (717) 919-0993.

The public is welcome to experience the audition process and continue viewing at each of the workshop sessions that will be held June 23, June 30, July 7, July 21, July 28 and August 4 from 4:00 p.m. to 6:00 p.m. at Madeline L. Olewine Memorial Library.

The Pennsylvania Past Players, whose performances tell the real-life stories of incredible thought leaders who shaped their times and whose influence we still feel today will eventually conduct further auditions and performances at their new home, the T. Morris Chester Welcome Center in the soon-to-be newly renovated McCormick Riverfront Library at 101 Walnut Street in Harrisburg.

The T. Morris Chester Welcome Center will pay tribute to one of Harrisburg’s heroes and our nation’s first Black war correspondent and will serve as the central access point to the library creating a welcoming, hospitable environment for library visitors. Additionally, it will be a portal to information on Chester, Harrisburg’s Old Eighth Ward, and other local histories for families, library members, history enthusiasts, scholars, and countless others interested in the stories and people who shaped Harrisburg and, in turn, the nation. Find out more by visiting YourPlacetoBelong.org. 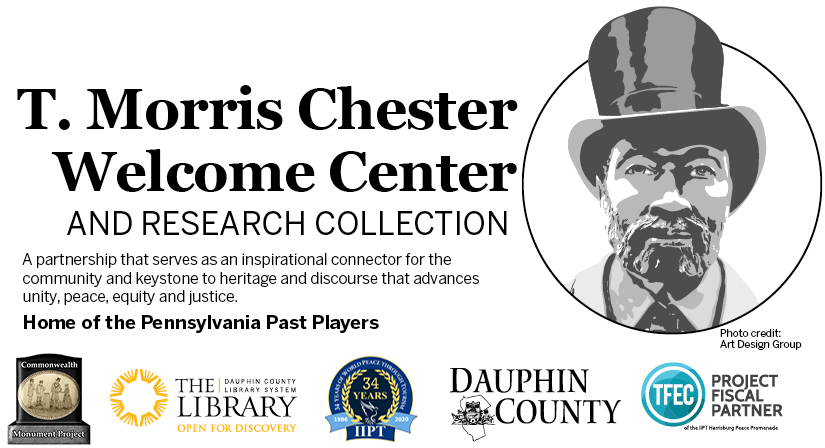